The more I integrate myself into the cultures of the Middle East, the more I cringe when I hear people of my native American culture making inaccurate statements about the people I’ve come to know so well. So I’ve written up this short list of misconceptions about the Middle East, followed by actual truths. 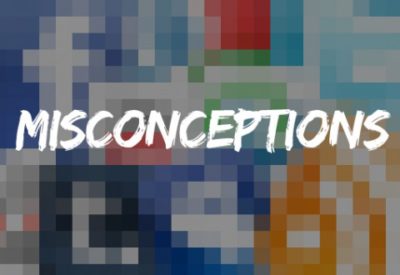 If you want to make a Middle Eastern Muslim woman angry – or make them laugh at you – tell them that you think they have to cover their heads. In most of the Middle East wearing a hijab is usually driven by cultural, family and personal values and not by law, requirement or force.

Maybe in Iran and Saudi Arabia women are required by law or their fathers or husbands to cover their heads in public – I’m not sure – but these are radical countries. Most of the Middle East is much more moderate.

Not exactly. In this part of the world gender roles are more traditional, as they were in the Western world decades ago. But people are people first and genders second.

This is one of the biggest misconceptions about the Middle East. Hundreds of times throughout the years when I’ve told Middle Easterners I’m American, they have responded by saying America! and welcoming me to their country enthusiastically. Even as a Christian living in ultra-fundamentalist Sharjah, UAE. Even alone on the streets of Cairo when the city was hopping with fear and suspicion in the years immediately post-revolution.

I have never personally had nor has anyone ever told me they’ve experienced any type of negative response to being American in the Middle East. The people of the Middle East are not anti-American, period.

Target us for what? Terror attacks? Of all the misconceptions about the Middle East, this one is the most off base.

In Israel the Arabs and the Jews target each other. They are not interested in anyone else. In the rest of the Middle East, terrorists target enemy factions, the local population or whoever is in their way. Americans are sometimes victims of terrorism in the Middle East, but we are almost never the focus.

Women in the Middle East are Controlled by Men

Almost without exception the women in the Middle Eastern cultures I know are not at all controlled by men. The word “controlled” is very harsh, inaccurate and demeaning. In Middle Eastern countries it is typical for men to be the heads of the family, as was the case decades ago in the US. This is not about control and oppression, this is about cultural tradition.

I do know one culture in one country where most if not all of the women actually are under the control of the male leader of their family as well as other men in their family. This is a horrible situation, worse than it sounds, and I hope it’s going to end soon.

Women in the Middle East are Not Allowed to Drive

Jews and Arabs in Israel Hate Each Other

You’ve heard what I have to say about misconceptions in the Middle East. I’m interested in what you have to say too. If you have an opinion or a fact you’d like to share, let me know in the comments.