Did you know that Christmas in Egypt is celebrated on January 7 each year? I didn’t either until I got to celebrate this holiday when I was living in Dahab, Egypt in 2012.

Christmas in Egypt is not the several-week-long Santa Claus/Christmas tree/shopping extravaganza like it is in my home country of the U.S. Other Muslim majority Middle Eastern countries where I’ve experienced Christmas, namely the U.A.E. and Bahrain, do acknowledge the holiday with a few decorations displayed in public here and there. But the Coptic Christians of Egypt, who number approximately 10 percent of Egypt’s population, actually celebrate Christmas and make it special.

I’ve spent one Christmas in Egypt, while my partner in Connect the Cultures, Joseph, is a Coptic Christian and has spent every Christmas in his home country of Egypt. First I will write of my experience with Christmas in Dahab, Egypt, then Joseph will speak about his childhood Christmases in his village in Upper Egypt as well as Christmas in modern times in Cairo.

When I was living in Dahab, the only public evidence I saw of Christmas was a tiny Christmas tree in Ghazala Market in the Mashraba district of town.

But I had Coptic Christian friends, and Joseph invited us to his apartment for a Christmas dinner party at 1:00 in the morning on January 7. I do not believe that starting off Christmas morning with Christmas dinner is an event that you will find outside of Egypt. 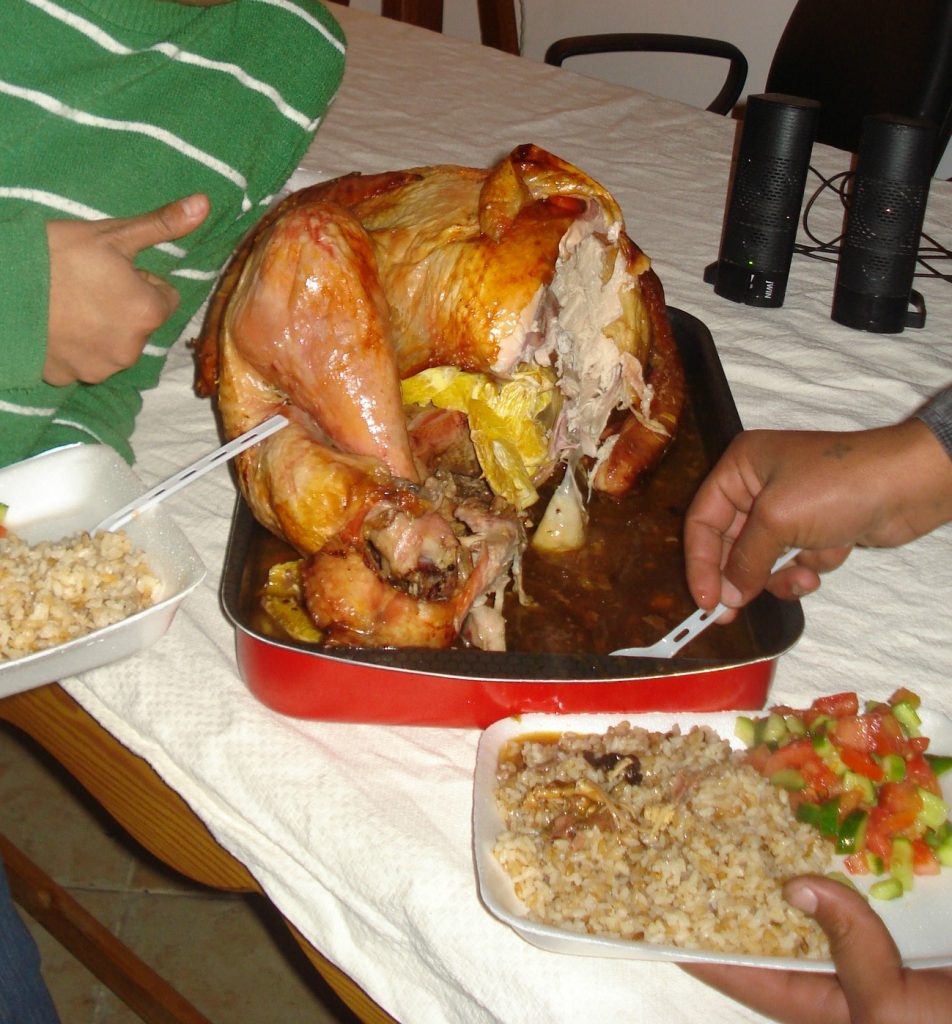 Joseph’s sister-in-law cooked a turkey, and we ate it along with rice and the typical Middle Eastern salad of diced cucumbers and tomato salad. We drank Sakara, Egypt’s beer, while Joseph’s cousin played Arab music on the computer.

Not only Christians were at this Christmas party, though. A few Muslims were there as well, celebrating with us.

For Christmas in Egypt, Copts (the abbreviation for Coptic Christians) observe 43 days of fasting before Christmas. This is not a 24/7 fast. From 12:00 midnight we stop eating and drinking for as long as we can. When we break our fast each day, you can only eat vegan, food that comes from plants, nothing from animals.

About 20 to 30 years ago in Upper Egypt when I was a child, on the 6th of January, Christmas Eve, the father or oldest brother of the family would give gifts to the daughters or sisters – a few packets of sugar, a few packets of rice, meat, chicken. These gifts are called Adea in Arabic.

Then we would go to the church. There they display a replica of the *cave where Jesus was born, with figures representing Jesus, his mother Mary, father Joseph, sheep and cows. 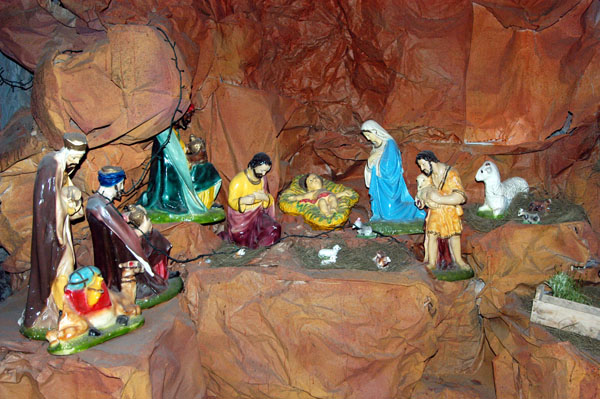 Usually our prayer time at the church begins around 8:00 p.m. and finishes at 12:00 midnight. I would go to the Christmas service at our church with my mother, three sisters and two brothers. Our father didn’t go.

People then then go back home and have a full non-vegan breakfast including meat. Some people eat meat right away after church, while some wait longer, until morning comes. In my family we would break the fast in the morning with meat, and then we would receive new clothes. As a child in Upper Egypt I always wore a galabeya, so I would get a new galabeya and new shoes. 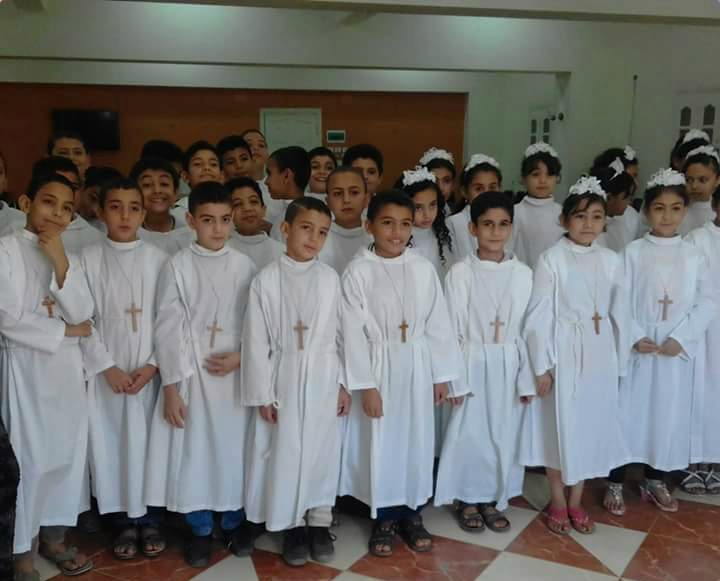 Christmas morning people go from house to house in our village to visit each other. At the homes we enter we’re greeted with cakes and sweets. The children are given gifts of money. Children often go from house to house without their parents. The families they visited would tell them congratulations for Christmas and give them these gifts called Adea, along with cakes and candies, sweets and peanuts. My sisters and I at the end of the day would count up the money we made and go buy more sweets.

At the end of the day of Christmas in Egypt, we would go back to the church to have a party where the priest gives a sermon. Then we have a party, a play about Jesus, and songs . The church hands out presents, typically calendars with pictures of the Three Wise Men or shepherds, with dates of important Coptic feasts and quizzes on the back. If you win a quiz, you get a prize. Then we go home.

* The birth of Jesus ocurring in a cave is a belief of Coptic Christians. Western Christianity teaches that Jesus was born in a stable.

In modern times in Cairo, Christmas is celebrated similarly to Christmas in Upper Egypt but a little differently. Coptic Christians in Cairo fast for 43 days before the holiday and wear new clothes when they go to the church to pray the night of January 6, like we did in Upper Egypt. But on Christmas in Egypt in the morning, Copts in Cairo spend time in a park or a zoo or somewhere outdoors. And of course the children travel from house to ask, receiving sweets and Adea.

In the 1970’s Egypt began to open up to the Gulf countries. Egyptians moved to the Gulf, then returned to Egypt with new ideas. Like some of the people in the Gulf, they grew beards. Coptic Christians in Cairo as well as Muslims in Cairo, who traditionally wore pants and shirts like in the Western World, began dressing like people of the Gulf, with the men wearing galabeyas (long robes, usually white or brown) and the women wearing abayas (long black robes).

Of course Cairo was majority Muslim before this time, but they acknowledged and even celebrated Christmas because they were more modern and Westernized. They were in sync with their Christian brothers and sisters. The influence of Saudi Arabia changed this.

Today you can see Christmas trees in Cairo, but they are there not for Coptic Christians. They are not there for religious reasons like they were in the past. Christmas trees and decorations in Cairo now are only for show, not for the true meaning of Christmas.