The cultures of Israel are so many, so varied – and so complicated – it’s a good idea to learn at least a little about them before you travel to the country. Culture can be experienced in many different forms, so here are some insights  and advice about the people, the food and the religions in Israel.

1.) Beware of discussing hot topics. These topics include settlements, Gaza, and everything else you hear about Israel on the news.

The reason I say beware is because, unless you have friends or family in Israel, you’ll likely be discussing these topics with one of two groups, neither of from whom you will actually learn anything real.

Group A: Someone you have just met who, not knowing or trusting you, will be probably be unwilling to discuss much of anything.

Group B:  A tour guide or someone else who is accustomed to discussing difficult subjects with foreigners and will be ready to give you practiced and not necessarily honest answers to your questions. This is called propaganda.

2.) Holidays in Israel are fascinating. Try to travel to Israel during a holiday. Here are some examples of how amazing they are.

For the 8 days of Passover, stores are forbidden from selling products that contain leaven. To enforce this law, shelves with products containing leaven are covered with large white plastic sheets to prevent people from trying to buy these products.

For Ramadan, thousands and thousands of Muslims flock to the Temple Mount in Jerusalem, streets in Arab areas are decorated colorfully and really come to life at night for the breaking of the fast.

For the Jewish holiday of Yom Kippur all transportation of any type is forbidden. Except in Arab areas, all highways and streets are completely empty. You can literally lie down in the middle of the street for hours and not get run over.

My personal favorite holidays in Israel are Memorial Day and Holocaust Remembrance Day. On these days air raid sirens sound for one or two minutes, and everyone freezes into position until the sirens stop. If you are walking down the street, you will stop. If you are taking a shower, you will turn off the water and stand there. If you’re in a car you will stop the car, get out and stand on the street. It is awesome.

3.) Pork is available – Because Israel’s population consists primarily of the world’s two religions which don’t touch pork, you might think this meat is unavailable throughout Israel. This is incorrect. You can buy pork in Christian villages in Israel. That is, if you can learn where a Christian village is and then actually be able to locate a shop that sells pork within it. I wish you luck with this.

I have read pork is also available in some restaurants in Israel but since I don’t like pork I haven’t sought it out, so I can’t say for sure. Sorry.

So actually, you will probably not be eating pork while in Israel, but at least now you know it is not impossible.

4.) People’s religion is obvious through their attire. Unlike anywhere else in the world I’ve been, in Israel you can differentiate not only Muslims from Jews but how strictly Jewish people observe their religion by their attire.

Everyone knows Muslim women usually cover their heads, and of course this is a topic of heated conversation in Western countries for some reason. But did you know religious Jewish women in Israel cover their heads as well?

You can spot an observant Jewish man a block away by the kippah on their head. And of course the ultra-religious Jewish men, known as Haredi or Chasidic Jews, dress in black pants, black coats and black hats. Much of the country is not religious at all, though. Secular Jews and Muslims (with the exception of most Muslim women who wear a hijab) dress as we do in western countries.

5.) The people of Israel don’t care how you dress. Unlike many other Middle Eastern countries where modesty is critical, the cultures of Israel allow you to dress as you like. There is no need to dress modestly except at religious sites like churches and the Western Wall.

Men and women should cover their shoulders and knees to go inside churches and visit the Western Wall. I was turned away once from a church along the Sea of Galilee for having bare shoulders. Once or twice I’ve seen a woman try to go through Western Wall security when she was not dressed modestly enough for the guards so they handed her a long paper skirt to wear. Men who want to walk up to the wall itself have to cover their heads. You will probably be given a kippah to wear if you don’t have one. Women do not need to cover their heads.

6.) Fast food is of limited variety. While you may struggle to find pork, you will be able to easily locate in abundance Israel’s three main fast foods. These are falafel sandwiches, schwarma sandwiches and chicken schnitzel sandwiches (chicken schnitzel is a fried chicken patty). If you’re looking for something fast this is probably what you’re going to get, so I hope you will enjoy these dishes.

7.) The Sabbath and Holidays are restrictive – The Sabbath (Shabbat in Hebrew) as well as holidays in Israel are taken very seriously. Shabbat is from Friday evening to Saturday evening, with businesses closing Friday afternoon and not opening again until Saturday night. Buses stop running entirely. Some holidays in Israel last for days, and during a portion of this time you will likewise find almost all shops closed and no bus service.

In Arab areas business and buses runs as usual, and the boardwalk in Tel Aviv is full of life and activity during Shabbat and holidays.

8. You will have different experiences with the different cultures of Israel – Interacting with the many cultures of Israel and Palestine you may notice cultural differences. The primary groups in this country are of course Jews and Arabs. Jewish people run the gamut from ultra-religious to secular. One behavior women need to be aware of is that ultra-religious Jewish men are not allowed to touch you even to shake hands, so don’t be offended if they don’t.

Location within the country also plays a part in culture. I find that in Jerusalem Arabs and Jews are a bit more tense than in other areas of the country, due to their close proximity to each other and the resulting problems. As in any country, city people are different than country people. You’ll probably have a very different experience with the cultures of Israel who live in touristy areas and are used to foreigners than you will in, for example, remote areas of the Golan Heights, where not as many travelers venture.

9) The people can be a little tough. Not always but sometimes. This is their culture, so give them a break. However, like everywhere, they should not be mean and nasty or hostile. So if someone treats you like this, it is not because of their culture, it is because of their individual character. You might want to get away from them.

10) The Jewish and Arab cultures of Israel don’t mix well, but they do mix somewhat. Much is spoken and written about the Jewish/Arab conflict in Israel, and it is entirely true that these groups have major problems with each other. There are exceptions, though – a lot of them. I have Jewish and Arab friends who are friends with each other. And they are not the only ones. 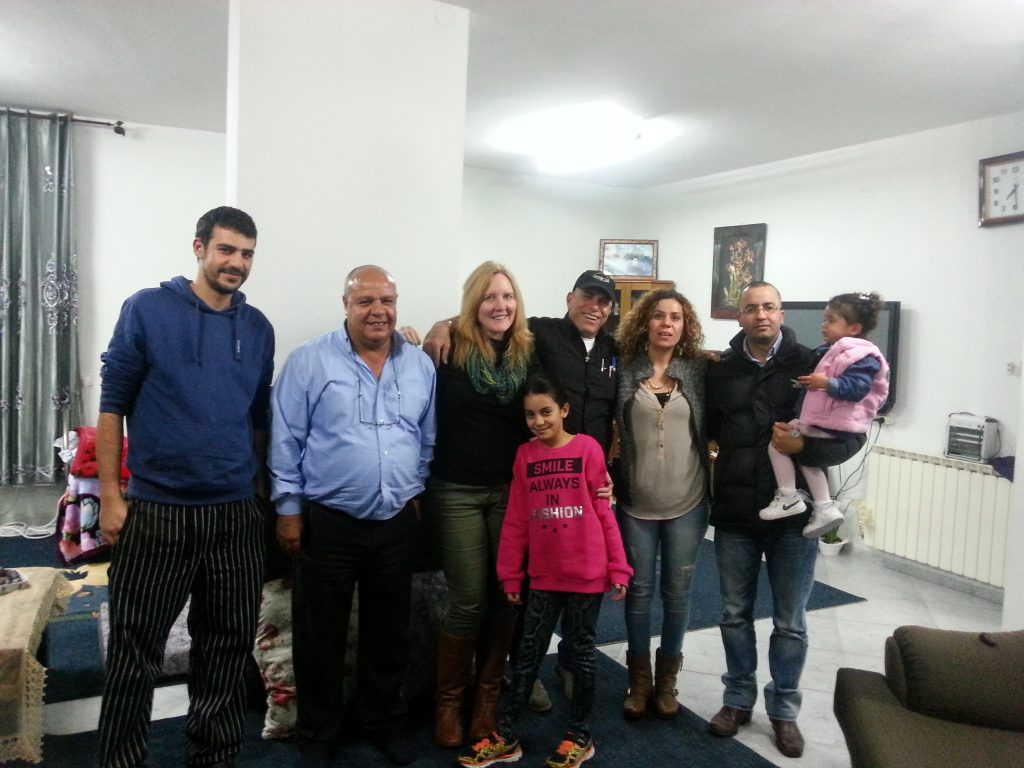 So now that you have a little insight into more than just the touristy aspects of Israel, go, learn more, and enjoy!

Have you ever experienced the cultures of Israel, or are you going to soon? Let me know what happened while you were in Israel or feel free to ask any questions you may have about your upcoming trip..