God exists.  God is real.  Billions of people on earth – Muslims, Jews, Christians and others – believe in God, practice their religion, become better citizens of the planet and bring people together for common causes.  Even atheism has been defined as a belief system in some circles.

Religion has enormous societal, cultural, political and historical implications, but it has also been blamed for starting wars throughout the course of history.  Why is this?  Nobody is born in to this world as a practicing member of any religion shown below.  When people believe their faith, Islam, Judaism, Christianity, is the only one that is right, then by definition all of the other faiths are wrong.  Not good.  How can billions of people be wrong? 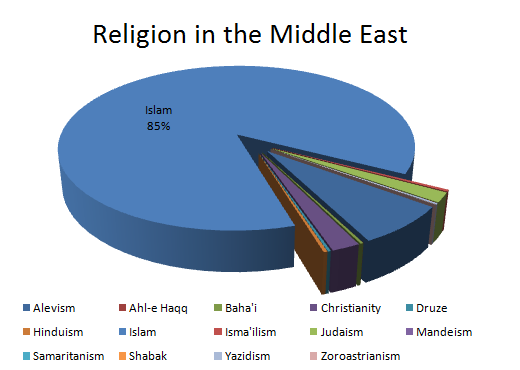 The answer is simple.  They are not wrong.  People of all religions, Muslims, Jews and Christians, should be respected and embraced even while choosing a specific faith to practice.  The choice to believe or not to believe, to select a faith or have a faith introduced to them, all happens during life.

At the opposite end of the spectrum, there are religions that drive people to the extreme, willing to kill others who do not believe as they do.

We are all Humans of the Earth.  We should all be free to choose whatever faith we want or need.  We should not proselytize our choice on to others, saying our choice is right and their choice is wrong.  We should look at religious faith as an organizational chart.

At the top is one big box where a person is spiritual, believes in God and lives life according to principles that are guided by this relationship with God.  No specific faith is chosen or needed.  In order to create a more peaceful planet for everyone – Muslims, Jews, Christians and others – cultural awareness, understanding and respectful tolerance must be improved.

Connect the Cultures is the beginning of this very important journey.

By:  Connect the Cultures silent partner