I met my Bedouin friend Hemaid several years ago when he invited me one morning into his arisha for tea. His culture is one of the most ancient cultures in the world.

Bedouins originated in Saudi Arabia a long, long time ago, traveling for centuries through the deserts of the Middle East. Many Bedouins are still nomadic today. Others are settled now in one location, like Hemaid. 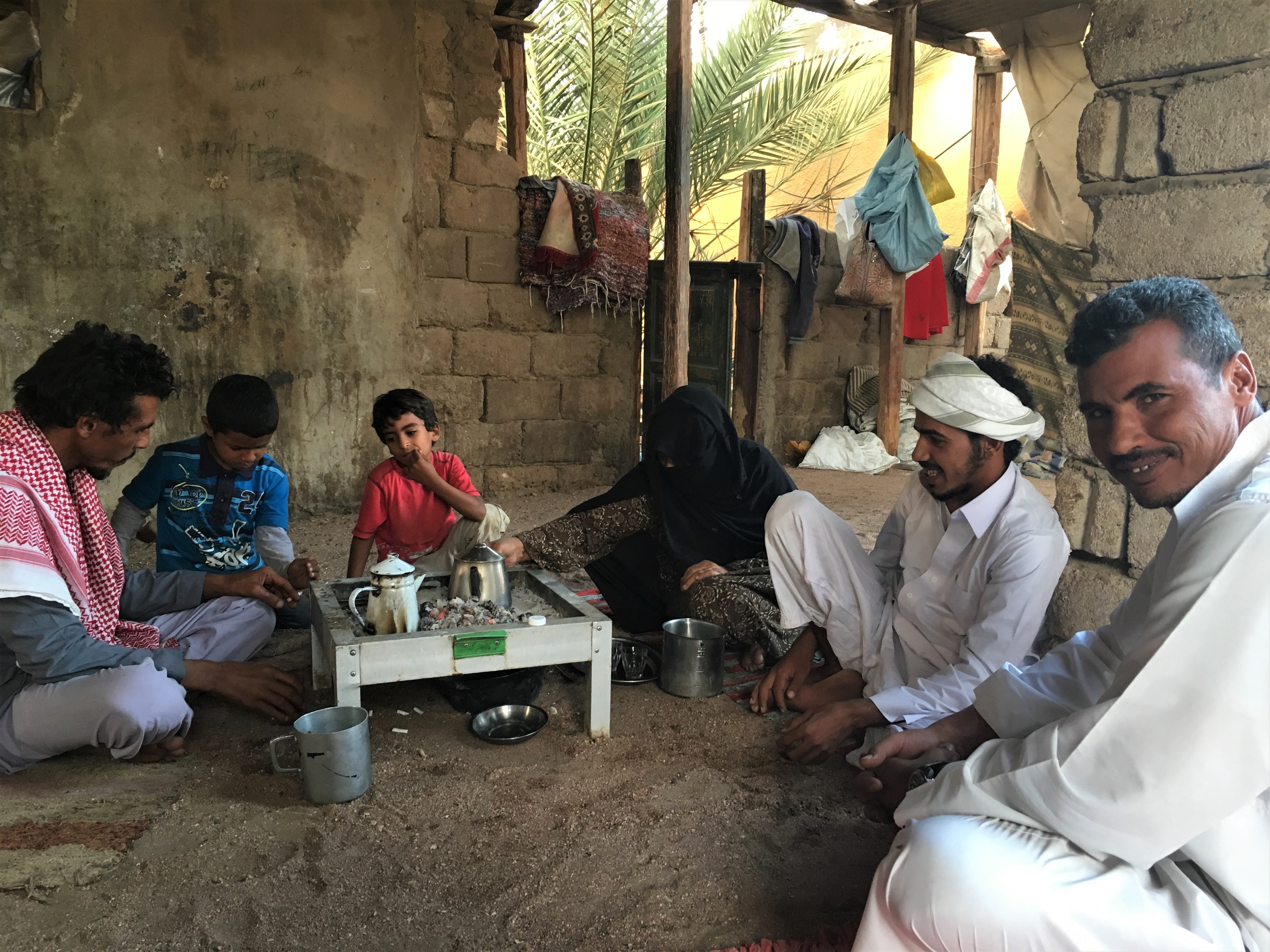 Hemaid lives in a primarily Bedouin enclave in the small town of Dahab located in the South Sinai region of Egypt. When I’m in the area, I rent an apartment in this enclave. It’s sleepy, as you might imagine, but sometimes loud. Bleating goats are on the loose everywhere. The call to prayer sounds from the mosques five times a day. Stray cats fight and stray dogs bark. Large trucks with produce or clothes or other necessities of life drive slowly along the sandy roads, a man on a loudspeaker in the front seat announcing what they are selling that day, or buying.

I spend a lot of time with Hemaid along with his family and his friends, sipping tea and coffee inside his arisha. This is a big part of Bedouin life. I’ve posted several videos of Hemaid over the past few years in which he talks about the closeness of his community, their sense of belonging, the region’s system of tribal law, his people’s  educational system, as well as his own perspectives on life.

In this video Hemaid walks you through his neighborhood. He introduces you to his family and his goats and chickens. He gives you insight on what it’s like to live here. He talks about his 28 brothers and sisters, his desire to travel more, and his feelings about living in his part of the world. And then he invites you into his mother’s arisha for tea.

Rose of the Sinai

Late on a Friday morning, as I strolled amongst the goats and chickens running about…