I have spoken to 11 Muslim men – from Syria, Iraq, Yemen, Egypt, Jordan, Lebanon, Israel and UAE – about the Trump Muslim Ban.

The president’s executive order forbids all refugees (most of whom at this point in history are Muslim) from entering the United States for three months from the date the order was signed on January 27, 2017. In addition, people from Syria, Yemen, Iraq, Iran, Somalia, Sudan and Libya, all Muslim majority countries, are barred from entry into the U.S. indefinitely.

Here is what 11 Muslim men have to say about the Trump Muslim Ban. 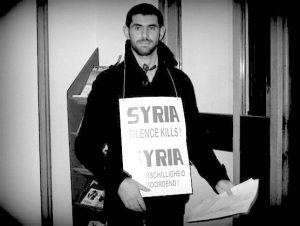 I think this decision is very simplistic. If he really wants to protect Americans, he should encourage Americans to meet others, not to put them in a big prison and separate them from the world. This decision will encourage the terrorists and will aid in their propaganda.

There are one billion six hundred million Muslims in the world, with many different cultures, languages and civilisations. To consider all of them a danger is the same as terrorist groups considering all the world to be a danger for them.  Yahia Hakoum – Syrian refugee – Damascus, Syria

Mr. President, please check the values, concepts, logos of democracy, human rights, etc., paved by the founding fathers of the great United States of America before you make any decision. Everyone must know that East needs West and West needs East.

Cooperation and mutual respect must be the logo of relations between countries. Not the policy of walls. Banning of entries based on country of origin or religion is a big mistake which will increase hatred among nations.

If the current American administration approves of and continues to implement the presidential executive order, the immediate future will not be promising for other nationalities and people of other faiths. I am not only talking about Muslims.

So be careful. Let’s see what happens and who will win – the values and principles of he founding fathers or someone with a real nasty advisor?  Majdi Kohof – Amman, Jordan 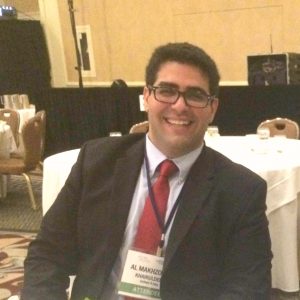 I would like to tell my Muslim brothers and sisters to be patient. Imam Ali A.S. said: “Acquire patience and endurance because their relation with true faith is that of a head to a body. A body is of no use without a head. Similarly, true faith can be of no use without attributes of resignation, endurance, and patience.”

I think Mr. Trump is unaware of the process that refugees go through. I think his executive order was just a show for his supporters, to tell them “Here, I’m banning Muslims from entering our country.” But here’s a surprising fact: How could he turn a blind eye to Saudi Arabia? He always talked about 9/11. How can we trust his judgement? It’s like telling him this is an apple (which is in fact an apple) but he insists it’s an orange. Khairuldeen Makhzoomi – Iraqi refugee – Baghdad, Iraq

I haven’t ever traveled. But I know every Muslim person is good. We are very good people and kind people. Everywhere. Not only in America. I mean all Muslims in the world.  Anonymous – Egypt

I think Trump is a demagogue who panders to racists and bigots, so he’s just doing what he promised he will do. He’s the USA’s Netanyahu. Not surprised by it, but I hope the American people will be able to overturn it eventually, whether by protest or by electing someone else in 4 years. Omar – Beirut, Lebanon

My cousin is an american, he landed in Texas and they held him for questioning and went through his phone and private photos at the airport😂

By implementing this Muslim ban you will open up not only racism, but war between Islam and other religions. Anonymous – Yemen

There is a common saying in Arabic as well as Hebrew. In both languages the saying has the same meaning:
In Arabic:  حب لغيرك ما تحب لنفسك
In Hebrew:  ואהבת לרעך כמוך
The non-literal translation means treat others well, the way you want them to treat you in turn, or love others the way you want them to love you back. Anonymous – Israeli Arab originally from Syria

If I was president of one of the countries that was banned from traveling to the U.S. by D. Trump, I would never beg for him to change his decision. I would say it would not honor me to come to a country in which you are the president.

It is his right, I believe, but who can say the word to him is the people of the United States of America, not us!   Muhammad al Salman – Wadi Musa, Jordan

Muslims have to cleanse themselves from ideas which push them to be terrorists. I think Trump will fight the terrorists and people who support them. The Muslim people will pay a high price because we can’t go against what it states in our traditional books. But we must find a new understanding about what we have been learning all our lives.  Hemaid Gimih, Egypt

At this point, I’m really just observing. I’m happy about all the positive reactions to Trump’s aggression. I know that some people will be suffering not seeing their families, but in the bigger picture, I’m loving observing the scenes of unity, and I believe there comes a time when we will harvest its fruits. Muhammad Abdul Wah’ab Omar – Dubai, UAE

Thank you #Trump for uniting people from around the globe. Thank you for encouraging them to think and act for humanity.

For me, the USA was the heart of freedom and democracy.  With the Trump Muslim Ban, the image of the USA has now changed.  Forever?  Anonymous, Egypt

As told to Sabina Lohr, creator of Connect the Cultures

Jamil and His Loved Ones – Desensitized to the War in Syria

My new Syrian friends invited me to dinner in Jordan one night. In their airy…