I was sipping a cappuccino inside an alcove of Jerusalem’s Old City, when suddenly a man dressed as a medieval gypsy appeared.

The Old City is not a place of smiles and light-hearted happiness, as every day members of the world’s three major western religions struggle hard to survive side by side within its ancient stone walls. On this rainy October day, however, an Israeli theater company called Al Haderech arrived to attempt to lessen the constant tension with a bit of levity.

For three days Al Haderech, which means on the way in English, traveled to the Old City in medieval costumes to sing and dance in the streets. As the rain intensified on the second day of their performance, more and more of the group piled into the alcove with me. 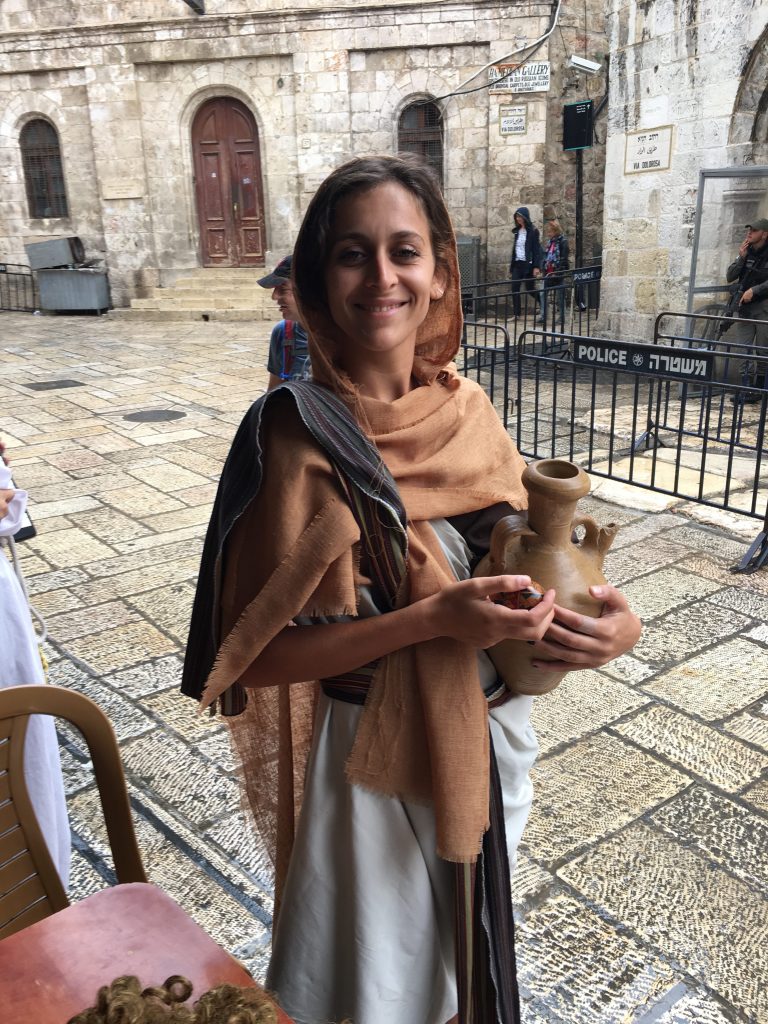 Dressed as a court jester, Chen Arnon pointed out that in this small area of the Old City in particular there is a strong mixture of the three religions – Christianity represented by the church courtyard in which we sat; Judaism represented by the Jews walking past us on their way to the Western Wall; and Islam represented by the Muslim population who live and work in this area.  Wearing their costumes helps Al Haderech be successful in their performance, Chen said, because “we’re avoiding clear identity” with any one group.

A man dressed as a Turk with a fez told me his name is Haitam al Masri, an Arab name. Then he told me his real name, Michael Gold. “I’m a human being,” he said. 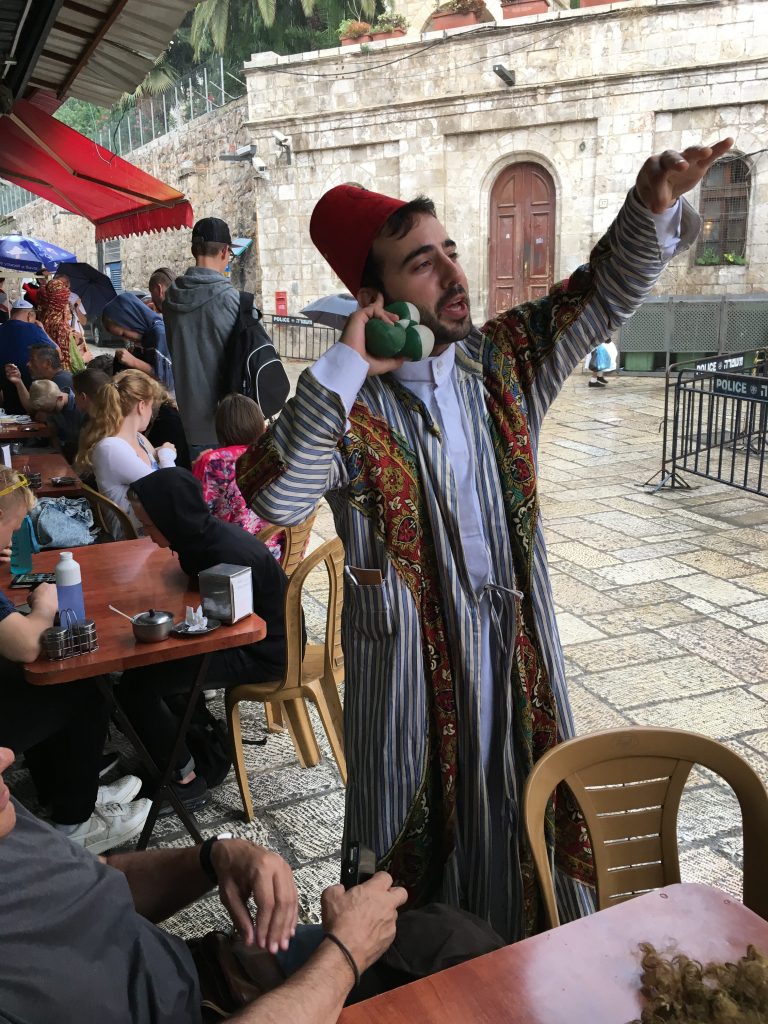 Sari, playing an instrument called a melodica, says on the first day of the street performance, a high number of people were in the Old City for the Jewish holiday of Sukkot, and Al Haderech got a lot of stares and strange looks. “People were passing through looking at us, trying to figure out how come. They didn’t know we were doing a show.” As she told me this, a female soldier in a group of Israeli Defense Force soldiers marching by turned to give the performers a long puzzled look. “People  were confused,” Sari said. “Why are you dressed like that? Why do you speak Hebrew? Then they danced with us and laughed with us. People were so happy. It was very powerful for all three religions to be like that in strange circumstances.” 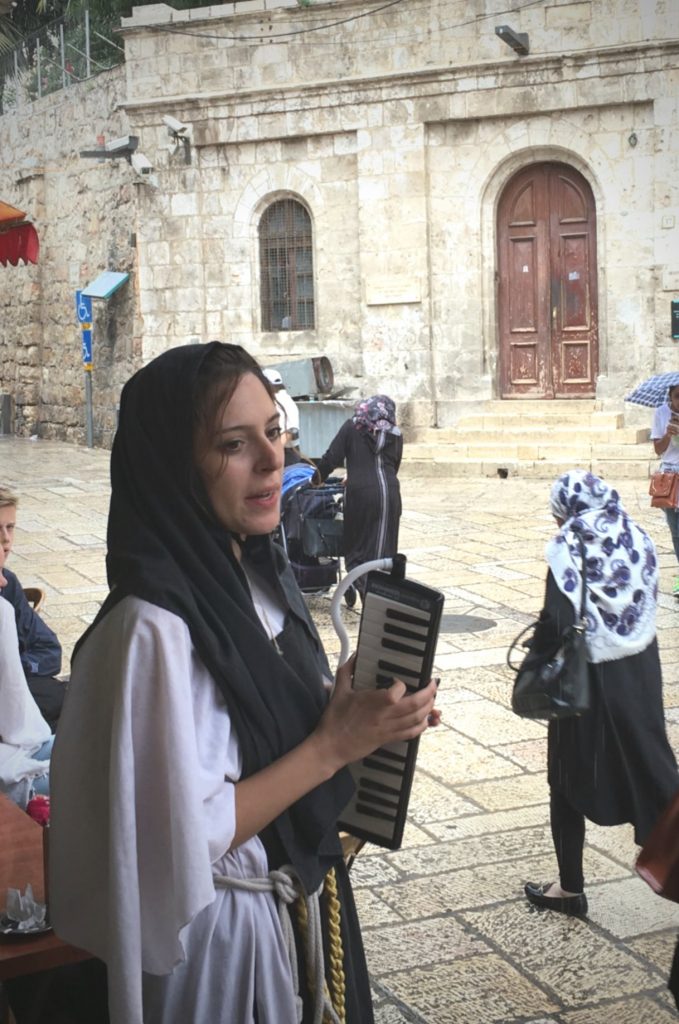 In the unusually heavy Israeli rain, Al Haderech had to seek cover for the first part of their street performance on this day. Still, they were able to interact with the passing crowds.  “People don’t care about the fighting,” Chen said. “We are meeting people while we’re making music. We’re telling stories. We are here to be inviting and hospitable.”

Written by:  Sabina Lohr, creator of Connect the Cultures