Westerners who move to the Gulf countries in the Middle East find themselves living in an environment radically different than that of their home countries. Life for expats in Saudi Arabia might be the most dichotomous from that of the Western world.

I spoke to one man who moved to Saudi three years ago, after his American company reorganized and offered him a position in the ultra-conservative Islamic country. He’s not allowing me to use his name or the name of the company for whom he works. I’ll call him by the pseudonym of Paul. He is American, and he is Christian.

As an American expat in Saudi Arabia you can make a great deal more money than you would doing the same job with the same company in the U.S., as not many people want to live in Saudi Arabia. With both of his children in college, when Paul was offered a position in his company’s Saudi facility, he moved to the country alone.  He lives in a compound along with his colleagues in Jeddah, a city of over 4 million, on the Red Sea.

On Being a Christian Expat in Saudi Arabia

When filling out the documents necessary to work as an American expat in Saudi Arabia, Paul saw a question asking about his religion. He was hesitant to tick the box that said Christian, but his manager told him to do it. The only other option he feasibly could have chosen was atheist. And saying you are atheist in Saudi Arabia, or in other Middle Eastern countries, is less acceptable and understandable to the native people than saying you are Christian. Most of the Muslim world believes in God (Allah in Arabic), and atheism is not a very familiar or comfortable concept to them.

Although they do believe in God, Saudis are not committed to freedom of religion as are Americans. Freedom to worship is important to Paul, and it troubles him that in Saudi they don’t care about this.  I wish they were more acceptable of Christians.

Saudi Arabia blocks all Christian media. Unless you have VPN, you can’t see Christian information online or even look at your church’s website. Saudis are more interested in practicing their own religion than making sure others have the right to practice theirs, Paul says.  Muslims pray five times a day. I do respect the fact that they have five prayers a day. Knowing that Muslims pray so often, Paul jokes that he feels like he should be praying more often too.

Movie theaters are forbidden in Saudi Arabia. One of Paul’s Saudi coworkers, knowing he is an American Christian, one day asked, You watch a lot of movies? Paul said that sometimes he does. Who’s this Jesus guy? Paul told him, You know who Jesus is, He’s in the Quran.  He was cautious about saying any more about Jesus because he didn’t know where his coworker wanted to go with the conversation, and Paul thinks he was probably trying to interest him in Islam.

Muttaween, the religious police of Saudi Arabia, enforce Sharia law (law based on the Quran) on everyone, including foreigners, in Saudi Arabia. This includes policing how people dress. Men are forbidden from wearing shorts or displaying tattoos publicly. It’s not as bad as it sounds, though. Paul has been stopped by the Mutaween from entering malls while wearing shorts and one time told the officer, Come on, I come in here all the time. The Muṭawi said, Look, my manager’s watching. Just go back out and come in a different entrance.

On Being an American Expat in Saudi Arabia

Saudi Arabians seem to operate under a sort of hierarchy, Paul says. Saudis treat different groups of people differently. As an American expat in Saudi Arabia, he is treated very well. Citizens of the UK seem to be second highest in the hierarchy. South Asians such as Indians, Pakistanis and Filipinos are at the bottom.

Paul knows of one Filipino man who was simply talking to a Filipina woman he wasn’t related to in public, and they were both jailed. Paul on occasion has been alone in a car with a woman and stopped at a roadblock.  The security officers didn’t care at all that he was alone with a woman, he says, because he is American.

Paul feels that Saudi Arabia is safe for Americans. The people I work with, we interface a lot with the military of Saudi Arabia, and everybody is very friendly. They rely so much on Americans that I think they kind of look up to us. When I go to the mall, people will notice I look American and come talk to me. They want to know more about us. I’ve had nothing but good interactions with the Saudis.

Saudi women are frequently a topic of media attention, as most of the Western world believes that all of them suffer from oppression. As a man, Paul doesn’t have much contact with Saudi women, but he doesn’t see them sending out distress signals. I don’t really get to talk to them, but they seem fine.

Needing permission to go to the mall from the dad or the brother seems controlling, he says. Coming from America, it doesn’t seem right.  But for the women who have more lenient parents and brothers it’s easier than for a woman whose father or brother are controlling.

In the hot, hot Saudi desert, private beach resorts are popular a place for locals and foreigners to vacation and snorkel in the Red Sea. On the beaches of the Jeddah resorts you will see women in bikinis or whatever they want to wear, as opposed to public beaches where women wear burqas or burkinis, a very modest bathing suit that many Westerners look at as a concrete evidence of the oppression of Arab women.

Some women in Saudi Arabia (and other regions of the Gulf) wear not the well-known black niqib (face veil) which covers everything except for their eyes. Some wear a full face veil which covers even their eyes. Paul doesn’t like seeing this. I’m thinking they’re missing out on so much.

While modesty and decency are very important in the Muslim culture, prostitution still exists, even in Saudi Arabia, although it is not nearly as prevalent there as in other Gulf countries such as Bahrain and the UAE. This realization surprised Paul, as it does most everyone who moves to this region. The prostitutes are expats and immigrants from the developing world who come to the Gulf to have better lives and instead get lured into the dark side.

Traveling as an Expat in Saudi Arabia

One of the best aspects of being an American expat in Saudi Arabia is its proximity to the rest of the world. Europe is only a few hours away by air, which has allowed Paul to travel to Greece, Amsterdam, Portugal, Spain and Italy. Living in Saudi Arabia has also allowed him to travel easily to the Philippines and Japan as well as, of course, around the Middle East, visiting the pyramids, Bahrain and Istanbul as well as Dubai several times.

On a break from his his job he’s traveled to Mada’in Saleh, four hours north of Jeddah. This is known as Little Petra as it’s the largest preserved site of Nabatean culture south of Petra, Jordan. This site is  mentioned in the Bible, the Quran and the Torah.  It is a UNESCO World Heritage site, the first ever in Saudi Arabia. 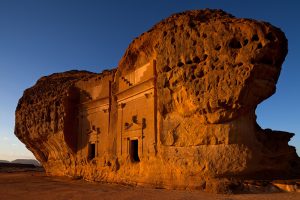 In a mountainous region also several hours outside of Jeddah there’s a city called Taif. It is famous for its roses and is a major producer of rose essence and rose water. The Islamic holy city of Mecca lies in between Jeddah and Taif. The trip there took an hour longer than it could have for Paul and his travel companions, as non-Muslims are forbidden from entering both Mecca and Saudi’s other holy city, Medina. So rather than traveling through Mecca to reach Taif, Mike and his travel companions had to go around, which took an extra hour. 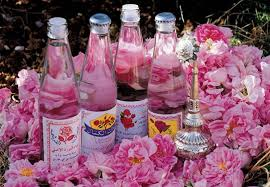 Freedom is what Paul misses most as an American expat in Saudi Arabia. Although he’s Christian, he does actually feel comfortable living in an Islamic environment. Life inside a compound offers more Western-style freedom than living amongst everyone else in the country, but it is not at all similar to home. As an American expat in Saudi Arabia, you can hang out with friends, go out to eat, and go to the mall. But when you come back home to the US, Paul says, the freedom is wonderful.