I am beyond excited to begin a three-month journey through the Middle East for Connect the Cultures.

Connect the Cultures is a platform for the people of the Middle East and myself to share with the world life inside this fascinating region’s many cultures.

My journey begins on February 12, and I’m using the hashtag #CTCmideast2017 for social media, where I will be posting real time about the lives of myself and the people I spend time with during my trip. On this website I will be posting what the people of the Middle East want to tell the world through their stories, thoughts, opinions, photos and videos as well as my own personal experiences and perspectives. 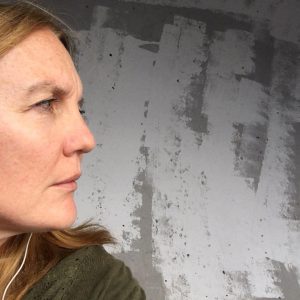 Who am I and how do I know anything about the Mid East?

My name is Sabina Lohr and I am the creator of Connect the Cultures. I’ve lived in the UAE, Israel and Egypt and return every year to the Middle East for extended periods of time to visit my friends.

I traveled to the Middle East for the first time in February 2008 when I toured around Israel for I think it was nine days. It was the most exciting trip of my life.

I could not wait to return, so in October 2009 I headed back to Israel for two weeks. By this time I had developed a curiosity about the Arab World, so I traveled also to Cairo and Oman.

Now I was totally in love with the Middle East. I ended up moving to Sharjah, UAE in October 2010 and stayed for three months. Before I arrived I did not realize Sharjah is basically the Saudi Arabia of the UAE. It was hard, but it was enchanting and educational.

After then traveling for a few months, I arrived in Tiberias, Israel in March 2011, decided I wanted to stay, and enlisted help to help find an apartment. I made friends with my neighbors and began spending time with them, visiting their friends and families, even going with them to work. I lived on a mountain next to another mountain. I went hiking for a couple of hours every day in complete solitude, always the only person on the empty mountain. It was wonderful. I stayed in Tiberias as long as I could, until the day my last visa expired at the end of October 2011.

My Coptic Egyptian friend Joseph then found an apartment for me in Dahab, South Sinai where I lived in a district called Asalah, which is primarily comprised of Bedouins, goats and camels.  I worked at Joseph’s tour company, King Safari Dahab, doing editing, online marketing and social media.

I then returned to Tiberias in March 2012 and stayed with my friend, a secular Jewish man who is unusual in that he has a large number of Arab friends. He introduced me to them, and now some of these people are close friends of mine today.

This year in addition to visiting my friends I’ll be working on Connect the Cultures. I’ll begin my journey by flying from New York to Cairo, then traveling by bus to Dahab, Egypt where I’m renting an apartment with a friend for a month. Then I’ll take a ferry to Aqaba, Jordan where I’ll make my way from south to north, likely spending most of my time in Madaba. Then I’ll cross overland into Israel, where I’ll rent an apartment in Tiberias for four to six weeks.

How was I able to learn about Middle Eastern cultures?

While living in the Middle East I didn’t know Arabic (or Hebrew in Israel) and nobody explained anything to me, so most of the experiences I shared with my friends were a bit of a mystery at first, which I solved as best I could. Not by asking questions but by paying attention and trying to figure things out.

Even today when I return to the Mid East it is rare that anyone explains anything to me and it’s rare that I ask questions. I think my friends don’t know how different their lives are from my own, so they don’t see a need to explain. And I became, out of necessity, so adept years ago at figuring out what was going on in these very foreign cultures that I continue today to just figure it out.

I’ve developed the ability as an outsider to adapt while in the thick of things on the inside. I’ve made a lot of close friends in several cultures very different from my own, and with what I’ve learned from spending time with them in their homes, in their work and in their lives, combined with their love and friendship and support, I’ve grown to be able to fit in very comfortably and happily.

I realized recently that not very many people get to do this. It is not common for people from the outside to become close friends with and have the privilege of learning about the people of the Middle East from the inside.

I decided that instead of keeping all of this to myself, I could share my experiences.  And I could ask my friends and other people I meet in the Middle East if they’d like to share with the world a bit of their cultures, traditions, thoughts and lives. This is how Connect the Cultures was born.

The culture we live in is a major force in shaping all aspects of ourselves.  It is very important that we get to know cultures other than our own and other than those similar to our own. The crux of the misunderstandings about the people of the Middle East is rooted in a lack of understanding of their foundations, of their cultures. Connect the Cultures is here to help the people of the Middle East – those native to region as well as other outsider/insiders like myself – let the world know what we know.

My favorite piece of song in the world has long been a line in Get Together by the Youngbloods.

“If you hear the song I sing, you will understand.
Listen.”
So welcome to #CTCmideast2017. It is going to be epic.

Twitter @connectsculture – Posts about my trip as well as examples of Middle Eastern cultures connecting all over the world, along with some funny cultural insights

Facebook Connect the Cultures – Daily posts about the cultures, people, sights and food while I’m in the Middle East.