Employment laws in the Gulf Countries can be very different from other parts of the world. Here is one woman’s story.

When I arrived in Abu Dhabi, UAE in 1984, my plan was to stay only a short while. I had left Mogadishu, the capital of my home country of Somalia, earned a secretarial diploma in Cairo and then moved to the UAE so I could earn a good salary, save money and return home.

I found a well-paying position in one of the government hospitals in Dubai and instantaneously fell in love with the UAE. My job was wonderful, I was living just a short flight away from my family, and the country was beautiful and peaceful. I was very happy there. People treated me like a queen because I was respectable person with strong principles and was obedient to the rules and laws of the UAE.

In 1990, Somalia’s ongoing civil war took a turn for the worse. My family scattered around the country as refugees. I realized I must change my plans and stay at my job in the UAE in order to sustain them for the long term.

I began writing about the civil war, current events, and the interference of foreigners in my country’s affairs. I sent letters to the editor of local papers in the UAE and penned additional letters and articles on the topics of politics, society and culture.

In 2004, I wrote a research book entitled “How To Make Your Man Happy” and in 2007 I published a second book, “Jealousy in the Office.” It became essential for me to promote my books and move to the world outside of the MENA region where reading and writing had higher value. Unfortunately, however, I was unable to achieve this goal because there was a travel embargo on my Somalia passport.

In 2008, I wrote a request letter to the Somali Writers Association based in the capital of the African country of Djibouti, bordering on Somalia. I told them of my desire to temporarily leave the region so that I could promote my writing, and I asked them for their help. They responded by issuing me a passport.

I then asked the top office of the organization I was working for in the UAE emirate of Sharjah to transfer my employment visa from my original Somali passport to my new Djibouti passport. They did this, and I do appreciate that. Now with my Djibouti passport I was free to leave the MENA region for travel so that I could market my books.

Then life changed. I was deported from the UAE.

Back in the UAE in March 2016 my Employment Visa came up for its three-year renewal. The government department that had I worked for for 16 years sent it to Sharjah UAE Immigration. However, instead of renewing my visa as was their customary practice in the past, they gave me 10 days to leave the country.

Their reason? Because the UAE and Djibouti had recently had a minor conflict. The UAE reacted by deporting everyone with a Djibouti passport.

As you can understand, this was a major problem for me. More so because shortly before this occurred, I had taken out a bank loan from the UAE in the amount of of AED 170,000 (approximately 46,196 U.S. dollars). I had only had time to pay three installments of the loan.

A policy of the UAE banking system is if you take out a loan, all of your salary and benefits are transferred to that bank. Hence, my end of service benefits, my pension of AED 110,000 (30,000 USD), was sent immediately to the bank which gave me the loan. Of course I needed this money.

I Asked for Help

The constitution of the organization for whom I was working wasn’t able to assist me, so I wrote a plea to the immigration department of the Sharjah government. They again told me I must leave the country, even though I had proven I was from Somalia, not Djibouti, by presenting to them my original Somali passport. I told them I am still eligible for a Somali passport through the country’s embassy in the UAE.

UAE Immigration treated me well and professionally but explained that the issue was government to government and affected everyone holding Djibouti passports. There was nothing they could do. So, after 30-plus years of living in and working for the UAE, I had to leave with empty hands. I returned to Somalia.

Then, after three months of estrangement, the UAE and the Republic of Djibouti resolved the conflict which had caused my deportation. I was informed officially that relations had returned to normal. I was eligible to return to the UAE to live and to work!

After receiving this excellent news, I immediately wrote a letter to the higher authority of my organization in Sharjah for whom I had worked for 16 years and requested that they arrange a new employment visa for me so that I could return to the UAE. I would work to pay off my bank loan, then I would receive my end of service benefits and exit the UAE with the dignity and appreciation that I had enjoyed from them for the past three decades.

Unfortunately, they both declined my petition to return to my position. They gave me no reason.

What About Historical Ties?

Nelson Mandela, the brave freedom fighter and one-time president of South Africa, said we never forget our friends of yesterday who there for us when we were struggling for our liberation and for our rights. This is how great people maintain their friends of yesterday.

My country of Somalia had aided the Gulf countries, including the UAE, in the days when they had no petroleum. His Highness Sheikh Dr. Sultan Bin Muhammad Al Qasimi, a member of the Supreme Council of the United Arab Emirates, the Ruler of Sharjah, recognized and appreciated my nation’s help from 130 years prior during the difficult, lean days of the Gulf States when the people were not making fortunes on oil and Rolls Royce cars were not ubiquitous.

Several years earlier while driving in my car to work, I heard on the radio Sheikh Al Qasimi transmitting an SOS message to the people of the UAE when a strong drought hit Somalia. “Our relations with Somali people are very old, beginning in 1884, so we must help them today.”

But what about now? Do the younger generations of the United Arab Emirates not have respect for old friendships with countries that have helped their country in the past? Are they intending to wipe out the long historical ties between their country and other countries? And is it ethical to do so?

My petition to the Government of Sharjah, UAE

I trust that it is human nature to prove people’s innocence when they are not guilty, no matter how much it costs and how long it takes. I am here to prove my innocence.

I did not commit any criminal offenses against the UAE rules and regulations. It also was not a criminal offense to hold another country’s passport (namely the country of Djibouti) so that I could work in the UAE, rather than a passport from my home country of Somalia. Thirdly, every step I have taken to resolve the matter and either be given my end of service benefits or be allowed to again work in the UAE was done legally and through the proper channels.

I would request from the higher authority of my place of employment in the UAE to consider and approve my request to return to the country on an employment visa so that I can pay off the loan against me, which will allow me to collect my end of service benefits.

I ask also that said authority allow me to travel between the UAE and Somalia for the rest of my life for business, tourism and visiting friends of 30-plus years.

If anyone reading this wants any reference or information about me, kindly refer to one of the leading dynamic management leaders in UAE with whom I worked for 15 years. He is now the Chairman with the Sharjah Water & Electricity Department. His name is Dr. Rashid Al Leem.

What I am requesting from the government of Sharjah is legal and based on human respect and ethics. To condemn people as guilty when they are not is not right anywhere in this world, any society or any religion. I request that you allow me to return the UAE. 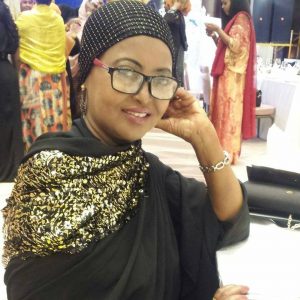