My mom and dad had three kids before I was born. They all died at the age of two. We never found out why. My parents thought it was a curse of the house, so when my mother became pregnant with me, they moved out. (I don’t remember which month of the pregnancy, because I wasn’t born yet ;) ) 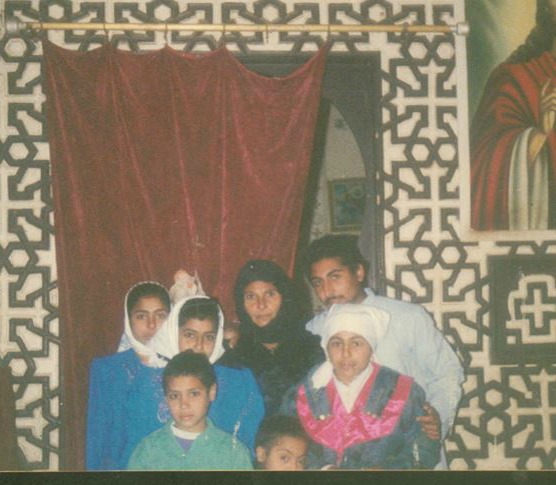 My parents assumed I was going to die too. When I was born they didn’t even bother to think of a unique name for me, they just gave me my dead brother’s name of Yousef because they didn’t expect me to be around long.

As a baby, I refused to drink my mother’s milk at all. Although they didn’t expect me to live, they did not give up on me. Every day they traveled by camel, by donkey or by foot from village to village to village to try to find powdered milk that I would agree to drink. They had a hard, hard, hard, hard time finding it. Only government pharmacies sold this, and they rarely had any. Sometimes, though, my father would spot a box of it on the shelf, but the pharmacist would still deny he had any. My father would beg him for the formula. Sometimes the pharmacist would give him a box, sometimes he would shout at him and kick him out of the pharmacy. When my parents couldn’t get any formula, they would make anise tea or corriander tea, which I would drink.

While I wouldn’t drink my mother’s milk, I adored the formula when they could get it. I liked it so much I wouldn’t stop drinking it for years. I still remember walking from our house to my granddad’s house holding the bottle in my hand, sucking the milk out even when I was five years old.