My father took me to a mechanic shop when I was six years old and made me work until I was 18. In my village of Al Kosheh in Upper Egypt, all of the children worked. 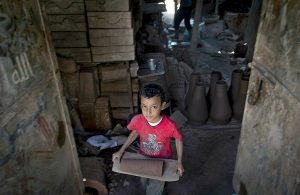 Working children in Egypt are common. Where I grew up, most children worked on farms. They would seed the ground and clean the cotton. The girls usually worked twice as hard as the boys, but they were paid half as much. 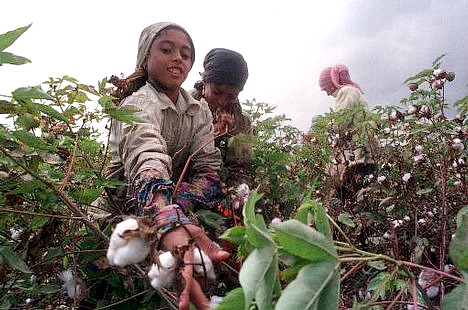 Most of the children labored in the fields because digging in the ground is easy work. As one of the working children in Egypt, my job earned me higher esteem than the others. Smart kids worked in mechanic shops. For mechanical work you need to use to your brain to learn how the machines work so you can know how to fix them.

The first day, the teacher tried to teach us the Arabic alphabet. This made many of the children cry. I want to go home! My daddy, my daddy!  But I wasn’t crying. I was so happy. I studied so hard. I hated the factory and loved the school. I loved to study, I loved to learn. When it came time to go home that day and every day, I just wanted to stay in the school.

As soon as I got home each day I would jump into my studies, hoping my dad wouldn’t make me go to the factory for the rest of the day. But it never worked. I always had to go back.

I was often injured, and not just from working with sharp objects and heavy equipment. If a child made any mistake, we were beaten. Even little mistakes. One time my boss threw a hammer and injured my leg. Another time when he was angry he burned me with hot metal.

Some of the other students said they wanted to be dead people too so they could play with us. We teased them, We get to play and you have to study. We are dead people! 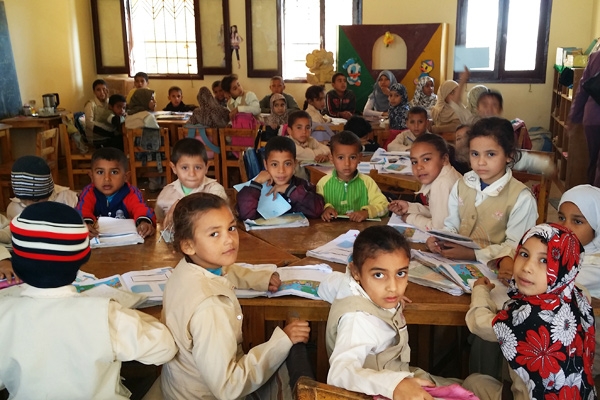 But when we had to take the English exams, we all passed. Then it was back to the mechanic shop. Two to four boys worked there in the winter, and in the summer when school was out the number increased. Not all of these boys did well in school, so not all of them would be able to escape.

I worked in that mechanic shop until I was 18. Now in my 30’s my dream of travel hasn’t come true because the only time I’ve flow I was terrified I was going to die for the entire hour. But I did marry (and then divorce) a British woman. And I am fluent in English. I no longer live in the village where I grew up. And I will probably never go into a mechanic shop again.

By: Joseph Nazir, as told to Sabina Lohr, creator of Connect the Cultures